Let's get the music thing out there as soon as possible:

It's not everyday that you become an auntie for the first time. I really think that such an important arrival requires a very special make. After all, you only get 1 first nephew!

Little nephew (LN) is on the other side of the world and so I didn't want to give him something he would grow out of very quickly. Oh sure, he will have some clothes sent his way at some point but I wanted to give him (and the family) something special and very important in the first off: a teddy bear. 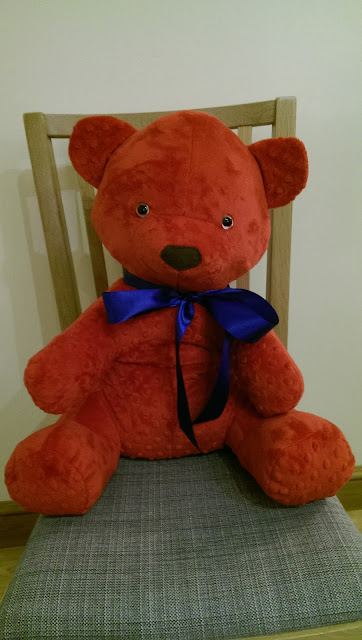 It breaks my heart to see adult-only collector bears designed to sit in glass cases forevermore. Teddy bears should be loved and and carried on adventures for a long time. The lucky ones become friends, sages, minions, mascots, informants...for many years. I really wanted to make sure he will have a gorgeous bear to keep him company.

I used the Lekala #3050 free teddy bear pattern, size 1 and a couple of minky/cuddlesoft fabrics* from Plush Addict. Though I placed a huge fabric order with them in the Black Friday sale, absolutely nothing I needed was discounted. It's always the way, isn't it? The stuffing is from Hobbycraft, the eyes were from TP Textiles (which is brilliant if you want random notions at exceptionally low prices). Everything is loose and stored in jars. I picked up a few sets of eyes as I wasn't sure which ones would work best.

I made a practice bear as well. The pattern had so little information about the finished product, its requirements for fabric/notions and how to put the thing together that I was completely running blind. I bought extra eyes because I didn't know the size of the head, and had to keep sending people to Hobbycraft for extra stuffing. For anyone else planning to make this pattern, I hope the notes below are useful. 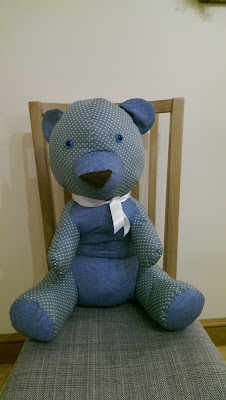 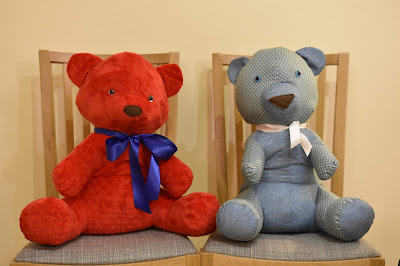 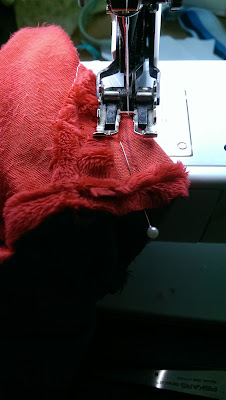 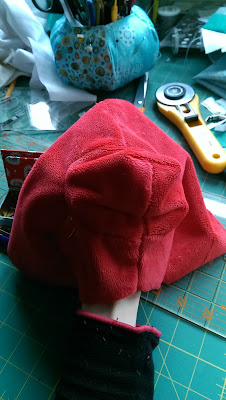 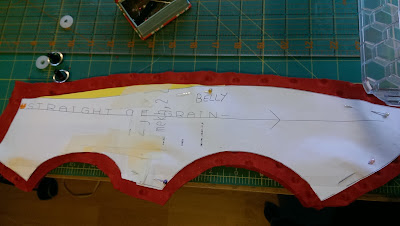 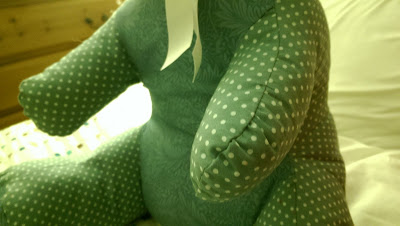 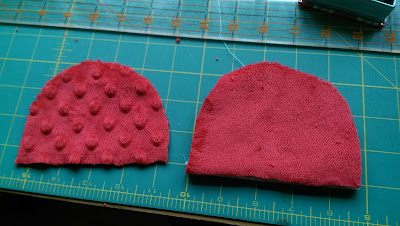 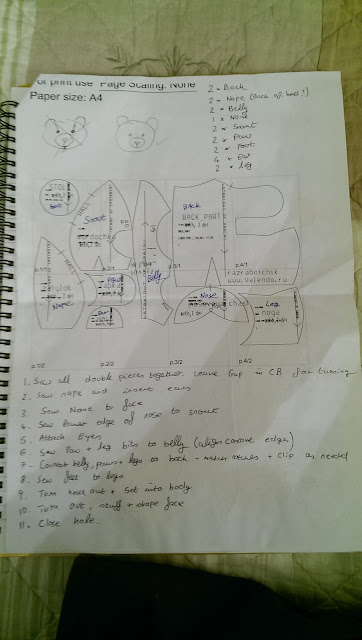 There's not much that scares me in the sewing world - fluffy fabrics, shifty georgettes, monster sizes, complex patterns, fly fronts and zipper - none of them will draw sweat from my brow. But eyes on a soft toy are scary! They are so important to the project's personality (and overall success), but you have to wait until the very end before cutting a hole squarely in the face of the bear to install them! Oh I was very worried. But they both turned out so beautifully. 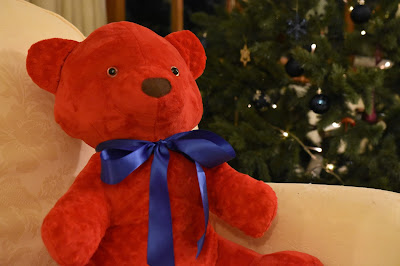 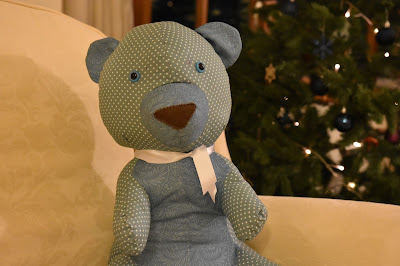 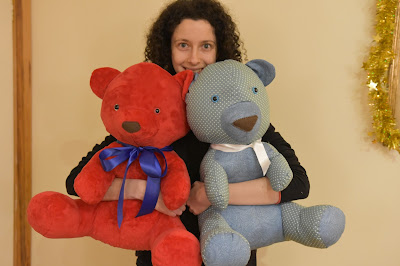 The two bears are yet nameless and their personalities not yet fully formed; they seem ready to go out into the world. The grandparents have adopted v1 and they seem to quite like it. I hope LN loves v2 and they keep each other company over the years to come. 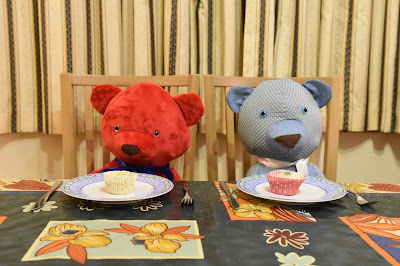