Oh cold, brutal January. You ambushed me too soon. I wasn't done with 2016 yet!

Sometimes I surprise myself. On this occasion I surprised myself by consistently blogging about things in 2016 which weren't finished sewing projects, but mostly about struggling to sew and that "I've been busy". I'm at risk of punishing myself too harshly...I haven't been bad, but I did have an interesting year. And it has brought unexpected changes to my creative life.

Sure, there were new sewing challenges in 2016. I entered my first PatternReview contest, put together a merch collection, made my own fabric, brought more cuddly toys into the world, drafted clothes from scratch, copied my favourite work trousers, sold my work and batch sewed a baby wardrobe!

I made a huge effort to destash and descrap (and not buy any new fabric) before a mega trip to Japan (during which I bought lots of new fabric) and almost immediately moved house afterwards (which involved consolidating all of my fabric).

Then I bought dozens of beautiful new fabrics, but they sat in my wash pile (or on the floor next to my stash cupboard) for over a month before finally being added. It was as if refusing to put them in the cupboard meant that I wasn't committing to actually owning them yet. That way, my attempts to use up the stalwart pieces in my stash wouldn't be contrasted against better, greedier tastes.

Later in the year, I found myself struggling to jump meaningfully into sewing (but other stuff was happening!) Which brings me to a different point...

In 2016 I branched out and tried new makery: I got my mitts on a laser cutter, learned to drill through rivets, built an armchair (!!!), became the office Excel Queen, acted like a photographer's assistant and restored my sewing cabinet.


This has brought its own challenges in terms of time and energy, but also how to manage shared space and tools. I haven't yet worked out how woodworking and sewing can share the same workshop. The nature of our house is such that we will gain 2 workspaces in the spring and summer and lose them in the winter. I can't have my little workstation nested under the bed anymore, so it's hard to find a new way to approach projects. 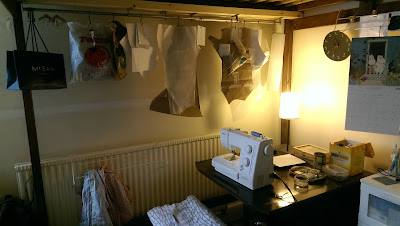 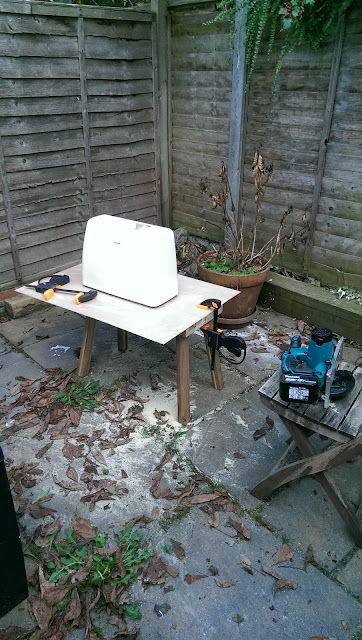 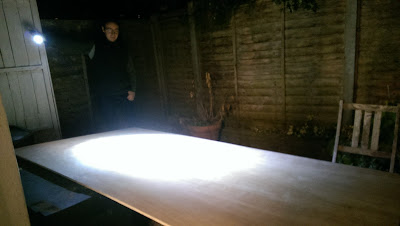 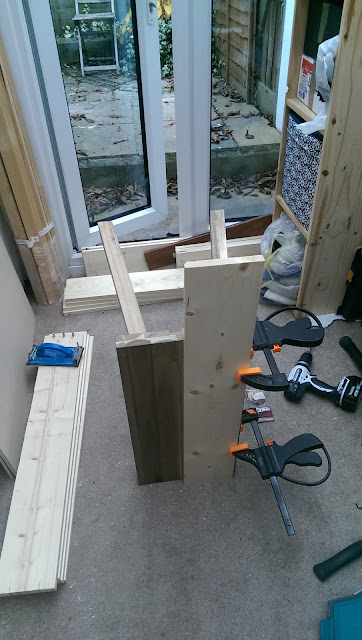 But has it been creatively fulfilling? Am I satisfied?

In a way, yes. Despite failing somewhat at "outfits", I did think about things holistically and I did  learn to design and make new things. (Sewing is a gateway to new things. If you know how a pair of jeans goes together, a table can't be that tough, can it?) But I have fallen in to a beginner's mindset and as a result my sewing has suffered. I have been so excited about actually finishing a thing that I've neglected to finish it properly. I came so close to perfection in 2015 and I want to chase it again. But perfection takes time and I'm out of practice.

So with that in mind 2017 is the year of "doing it properly". What does that mean in practice?
This also means writing it up properly. I'm hoping this means that I can combine posts where they're part of the same study (where I have tested options and chosen between them).

Why? I believe that projects are expressive and reflect my state of mind. I don't want my expression to be "I smashed this out in one evening and had to choose between finishing it and getting enough sleep. You should see the state of our lounge". I want my projects to be beautiful, meaningful, challenging and rewarding. But for that I need to be willing to be challenged, to study and to practice.

P.S. Stand by for a post about the armchair.

P.P.S. I started reading Made My Wardrobe blog a while ago. To comment about it would be to cheapen and tarnish it. I suggest you pay a visit.
Posted by Katrina at Monday, January 30, 2017