Many moons ago I made myself a Newcastle Cardigan which B has since pilfered for himself. Over time I've noticed some flaws I'd like to correct and B has mentioned that he'd like a more conservative version he can wear around town. Instead of developing a new pattern, I thought it'd be good to revisit the Newcastle and fix it up. 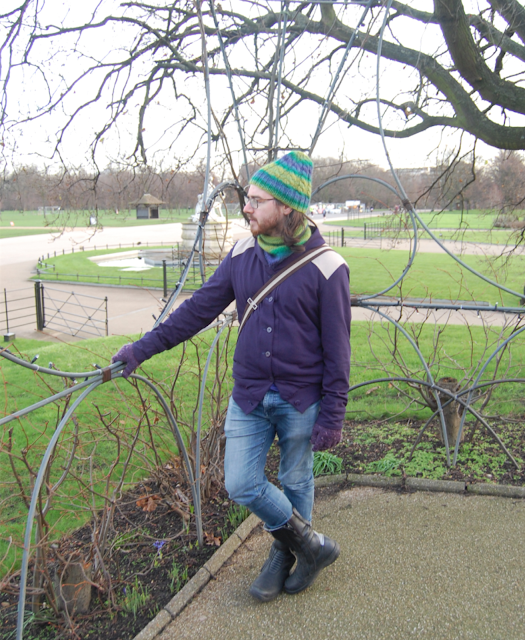 My two major changes were to add a full lining and to switch the hem out for a band. I sized up to an M, lengthened slightly, used the small collar and shoulder yoke from the pattern. Overall, I think it looks great but it's a bit difficult to photograph accurately. 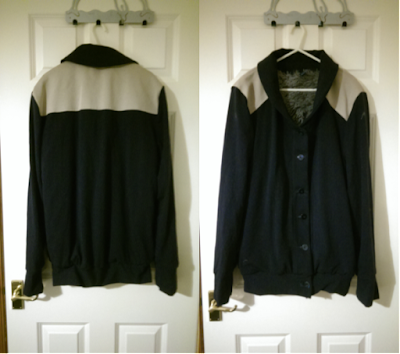 All the jersey innards are finished cleanly, behind the properly bagged lining. I switched up the construction order of the cuffs to make it easier to sew, and to look neater. The shaggy lining was a horror to work with - under the presser foot there was absolutely no problem, I overcast the raw edges as well for neatness. The cutting/handling was dreadful, it was like a fluffy infestation. I was cleaning grey fluff off myself and the flat for days after it was packed away. Even B was covered in the stuff, and this was a secret project! 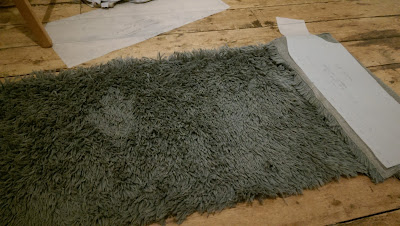 The buttons are beautiful and I have a few going spare, the fusible interfacing is exquisite. I got a MacCulloch & Wallis staff recommendation and am SO glad they know their stuff. I spent a long time fawning over their buttons as well - the plan is to go on a bit of a button spree in the near future. You might also be able to see the buttonholes in this picture - they were stitched in a very slightly lighter thread to give a bit of interest to the front.

If I make the Newcastle again, I may consider adding shoulder pads, as it can get quite heavy, and it may hang better off a man's shoulders. I'm not sure what to make of the fit. It seems fine enough, but the bodice may be too long. B has complained it's a bit too tight at the hips - so lengthening it was maybe a bad idea.

Incidentally, B is modelling this with some of his other Christmas presents - namely handmade gloves, hat and cowl from his sister, who is an absolute yarn virtuoso. These pieces are beautiful and expertly made 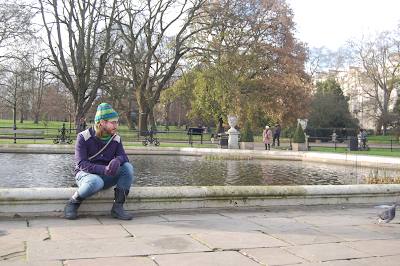 That's about it, I hope B likes it and it sees a lot of good use. 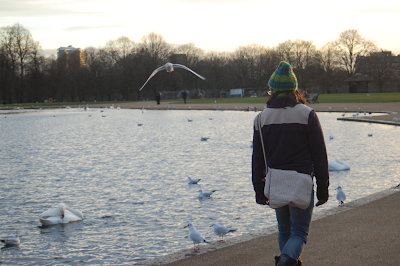